Thomas The Tank Engine's NWR Adventures
Would you like to react to this message? Create an account in a few clicks or log in to continue.

This the main forum for the cast of the series, Thomas The Tank Engine's NWR Adventures 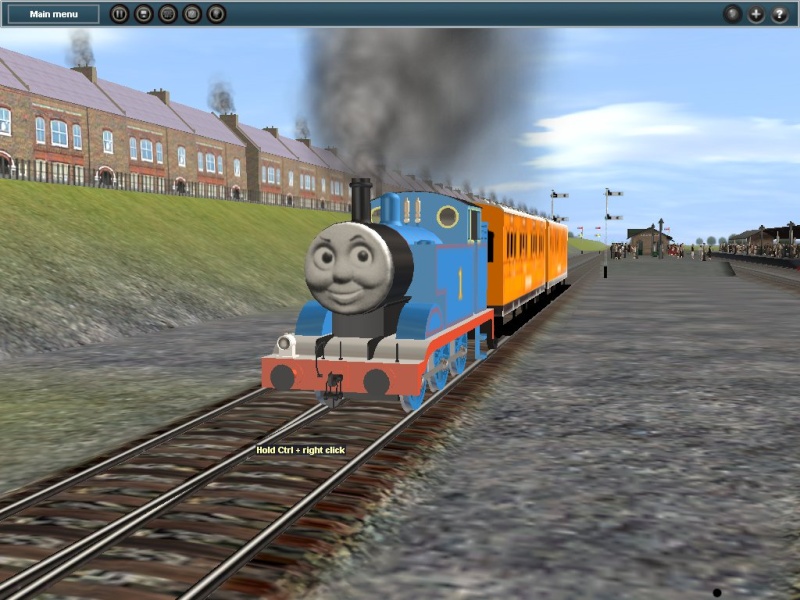 here's the prototype of the LBSCR E2's, Thomas The Tank Engine

By 1910 many of the Stroudley E1 class locomotives were worn out or inadequate for the heavier duties required of them. D. E. Marsh intended to rebuild some examples with a larger boiler, but only one E1X rebuild had been completed by the time of his unexpected retirement. Marsh's successor Billinton reversed this policy and instead ordered five new, more powerful locomotives from Brighton works[1]. The new class included several features found on other LB&SCR classes including an I2 class boiler. They were delivered between June 1913 and January 1914.
The design was successful, except that they were found to have inadequate water supply. Thus when a further order for five locomotives was placed they were given extended side tanks. The second batch were delayed by the onset of the war but were eventually delivered between June 1915 and October 1916.